The Walt Disney Company, commonly known as Disney is an American diversified multinational mass media and entertainment conglomerate headquartered at the Burbank, California.

Disney was originally founded on October 16, 1923, by brothers Walt and Roy O. Disney as the Disney Brothers Cartoon Studio; it also operated under the names Walt Disney Productions before officially changing its name to The Walt Disney Company in 1986.

The company established itself as a leader in the American animation industry before diversifying into live-action film production, television, and theme parks.

The company has announced the production of a short film based on the story of a Pakistani family celebrating Eid.

According to reports, Disney is making a short film whose story revolves around a Pakistani family who recently moved to the United States.

The story of the film revolves around a 9-year-old girl, Amina, who recently moved to the United States from Pakistan with her family.

The story of the film will show that 9-year-old Amina, whose favorite holiday is Eid and this day’s holiday, but because Eid is not a national holiday in the United States, she has to go to school on that day.

Amina, 9, later filed a petition, hoping to get a day off to celebrate the Muslim religious holiday.

According to several reports, Walt Disney wants to cast Pakistani actors for this short film. 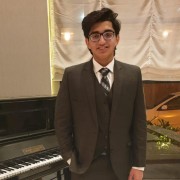 All Boards of Education examinations cancelled, holidays extended till July 15